June 18, 2018
Though I've been publicly cross-dressing for about a decade now (even when I was as anti-gay as I was anti-tax), I've never publicly discussed my gender identity. Pride 2018 -- under a draconian leadership with a declared agenda to roll back protections for queer people -- seems like as fine a time as any to do so.

So what am I? There's a few terms I drift between identifying with, but until now I've resisted acknowledging my place under the trans umbrella. Today, I affirm that as a nonbinary/genderfluid/crossdresser/whatever I am, it is apparent that I am trans. I do not identify with the gender I was given at birth. And though I have a lot of issues with what is presented as Male in this culture, there are clues from very early in my memory that indicate that this is truly how I was created. I wasn't abused, wasn't neglected, wasn't raped. Nobody made me this way except God (not that it undermines anyone else's identity if it may have been related to past wounds).

And as a person of faith, I often ponder why I was created this way. Having been recently called to join the Catholic church makes it a lot more complicated than it was at the open-and-affirming church I belonged to previously.

At that church, I was invited to chaperone a confirmation trip, which included a visit to the Central Offices, where I wore a skirt and tights to zero reaction from the top leadership of the denomination. One of the children in our group was trans, and it was a total non-issue. He slept in the boys' tent, joined in the boys' side of the Sex Talk, and ultimately was just one of the guys for the long weekend. His bravery is inspiring, for he is living his true self 15 years earlier than I could bring myself to.

It's not like that in the Catholic church. There's a lot that I love here, but I miss that. We may claim a message of unconditional love, but it is hard to accept it as sincere when I know the church's teachings about so many of my closest friends, people who mimic Christ's love of the poor, the sick, the imprisoned, and the oppressed far better than anyone else I know. Harder still when I hear words, dripping with ignorance, fear, and often even hate, coming from pulpit and pew alike. 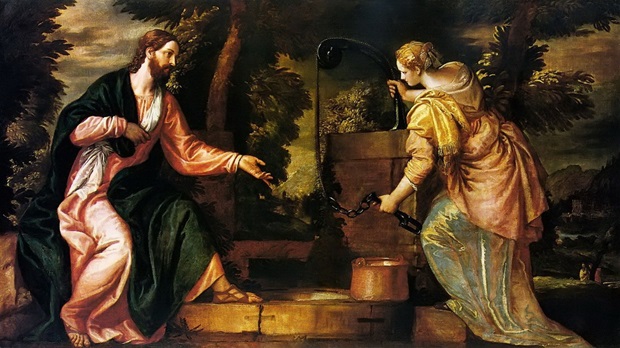 I'm familiar with the idea of teaching the truth in love. That isn't what I see happening. When Jesus preached painful truths, people followed him despite the pain, because he was able to offer them a healed soul. Condemnation shouted from the pulpit, from the street corner, from the pseudo-anonymity of a Facebook feed doesn't heal. It wounds.

When you speak such torment, do you know we are among you, suffering from your words? And if not, what do you believe you are condemning?

You say that God made us Man or Woman, that we trans people are "just confused". Do you know your words are what confuses us, what have confused us for our entire lives. It took me 30 years just for me to start to overcome them, to ultimately come to what should have been clear since I was four, playing with Barbie dolls, wearing stick-on earrings, so intrigued by makeup and dresses and tights.

Every time you speak such words, rather than healing the hurts of the world as you say God wants for us, you are driving wedges, splitting apart love and happiness like hammering onto a chopping block. Wedges between my secular friends and me, as they question how I could belong to a space that speaks so coldly of them. Wedges between my Catholic friends and me, as I find more parts of myself that I do not feel safe showing to those who are supposed to be my loving family. Wedges between myself and God, as I have to choose between the church and the truth of the revelations God has granted me. If either can be wrong, what can I trust? How can I trust? Wedges even between myself and myself, forced to create boxes of identity, segregating parts of myself rather than healing into one unified person.

This month, the tension is moving me into a state of desolation. There's so much beauty and truth here, in the Church, but there's so much human brokenness too. We need to be a place that lives God's love, an image of the divine on Earth. But right now, we aren't that. I have to believe that God called me to this broken place to bring about mutual healing, because if that's not the case, it becomes increasingly impossible to trust the truth from scripture that "God is Love."

I am Catholic and I am queer. I wish it didn't hurt to say both together.