March 31, 2018
Siblings in Christ, today a miracle is happening. I am joining the Catholic church.

For some of you, if you're anything like I was about a year ago, that may sound like the opposite of a miracle. It certainly did to me when my wife first confessed interest in RCIA classes (that's basically Confirmation for adults) around September of 2016. I thought today might be a good time to reflect on how I got here.

If you've read my older posts, you might be able to see some of my journey on them. My earlier themes of submission and communion in retrospect seem like obvious seeds in the soil of my heart, but at the time I wrote them I was in a very different place.

I grew up in a Lutheran household, which probably tells you all you need to know about the stance towards Catholicism that I was raised around. For some reason it is always the differences closest to us that we lash out the most strongly against. Still, I have always believed that all Christians who profess the basic creed are among the elect, even if they did pray in ways that I found weird or considered likely idolatry.

During college, I began attending a small local church. While my formation was largely Lutheran, I think my relationship with God was most developed here. The church was officially Reformed, but our members hailed from numerous backgrounds (and split just as many ways afterwards). Our pastor was a former Catholic, a number of others were Reformed or Presbyterian, I was not the only Lutheran, and there were others from Nazarene, Church of Christ, Baptist, and non-denominational backgrounds as well.

This church was amazing, and possibly the closest I'll ever experience to the early church of the first century. We were all deeply involved in each others' lives, extremely generous amongst each other with our time and wealth, and deeply hungry to follow and encounter Jesus. I met and married my spouse at this church, and baptized my daughter here. I met some of my closest friends here, and my best friend from high school began attending it as well.

But for all its beauty and joy, we had an issue with authority - myself as much as anyone else. When disagreements with the church's stance on theological issues arose, we questioned our pastor - why does his interpretation trump our own? Why should we agree to submit to the reading of one sinner when it might be as flawed as our own?

Ultimately, I think that question stuck with him, and I don't think he ever had a good answer, which is why one day from the pulpit, he announced to us that rather than ask us to submit to his own teachings, he was being called himself to submit to the church of his childhood. He would be our pastor no longer, as he was Catholic again. 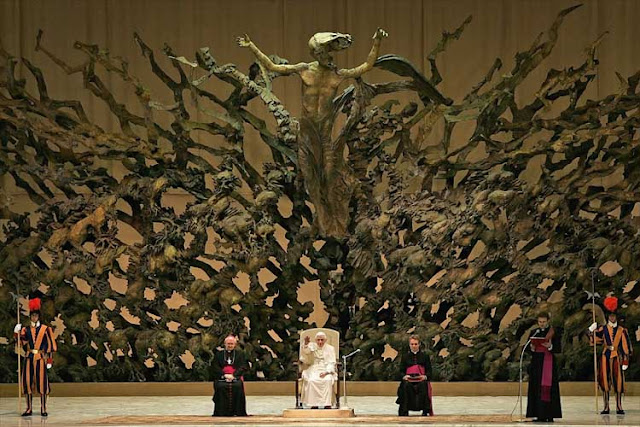 Well that about covers the first 27 years...

But honestly, this was a dark time for me. I had committed to a church, I had submitted myself to its authority, even when I disagreed with it. Even when an elder asked me to stop wearing skirts, something I had done since before I started attending that church and long before he joined. But the pastor was leaving, becoming Catholic; what was in store for the rest of us? Would God call him to such a radical change and leave the rest of us abandoned and confused?

We spent the next year or so "church shopping", an experience that felt even more disgusting than it sounded. We made lists of all the things we wanted our church to profess and rated each church we visited based on how it ranked. That's a whole story in itself, but ultimately we landed at a Presbyterian church that does a wonderful job of living out Jesus' call to teach the love of God.

It was what I needed to hear, then, in light of my feelings of abandonment and my continued mistrust of authority. Here was a church where all authority was decided at the denominational level every two years by selected elders. Its theology could evolve and its power was flat. I felt loved, and I was very involved, from teaching confirmation to planning worship gatherings.

But my spouse was looking for something to do during the long days I was at work, and found out the Catholic church nearby was nearly always open for prayer. She started going there when she needed to get away, when she needed to pray, and soon, she was even going to Mass. At this point she was an elder in the Presbyterian church and I was extremely resistant to the idea of her getting more involved there. 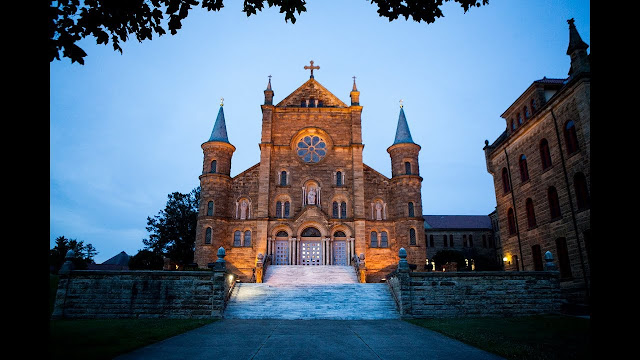 That gets us up to about the aforementioned September 2016, where she asked me if she could start taking RCIA with the intent to join the Catholic church the following Easter.

I didn't say no, but to make many long conversations short, I didn't say yes either. At this point I had visited Mass with her several times, and it had always been a terrible experience. I felt something dark there, a sort of presence I attributed to the Church, with its hierarchy and all the history I took issue with, and all the teachings I disagreed with. I never considered it might have been me.

So she didn't join the church at that point. She continued going to Mass, and I continued researching all the things I didn't like about it. You might think that, like some conversion stories, my research led me to find the truth and the beauty in the church, but you would be wrong in that assumption. My opposition to her conversion only increased during this time, as I dug up all the worst history and teachings I could find.

It all came to a head two weeks before Easter 2017. My spouse had met with the priest, begging him to be allowed to participate in Eucharist, and he told her that he thought God had more in store for us. It seems pretty innocuous a statement now, but it set me off. I perceived him as withholding this blessing that she craved in order to manipulate her into succumbing to his authority. She came to me upset at being denied, and under the guide of defending her I railed against the Church and its exclusion and manipulation. But before long she was defending the church and I was arguing with her rather than defending her.

Over the next day I wrote a long list of things I wished her to agree to, including finishing her term as an Elder; looking into other, less exclusive churches that still had true-body Eucharist; and going to couple's therapy with me. I was mad that we had met in church and now her wishing to attend a church I wanted nothing to do with was driving a wedge between us. God was supposed to bind us together, not pull us apart.

Unbeknownst to me, after our argument my spouse ran into our former pastor at Mass while I was at work and had filled him in on where we were. He resolved to pray for us while he was hiking that weekend.

As it turned out, we had planned a camping trip that weekend. Before we left for the trip, I presented my requests to my spouse and she graciously agreed to most of them, though with the clarification that we would revisit again in the fall. Satisfied that the impending wedge between us had been put on hold for at least another few months, we camped.

Something amazing happened that day. Throughout a few hours, while we pitched our tent and collected firewood and built a fire and cooked and ate together, I began to think. Not about what her changes were doing to me, but about what my resistance, and outright hostility, was doing to her. And something in me changed. It wasn't instantaneous, but it wasn't long, either. I went from hating the church, to telling my spouse that she should begin RCIA in the fall... and I wished to join her.

As far as what changed, the only words I can use to describe it are that it felt like an exorcism. Something evil left me that day, something that had hardened my heart about the church and blinded me to the hypocrisy of my professions about its followers. The darkness I had felt in the Mass before, I felt no longer. The anger I felt towards the teachings of the church subsided. I still don't like them all, but my attitude about them is much less destructive. 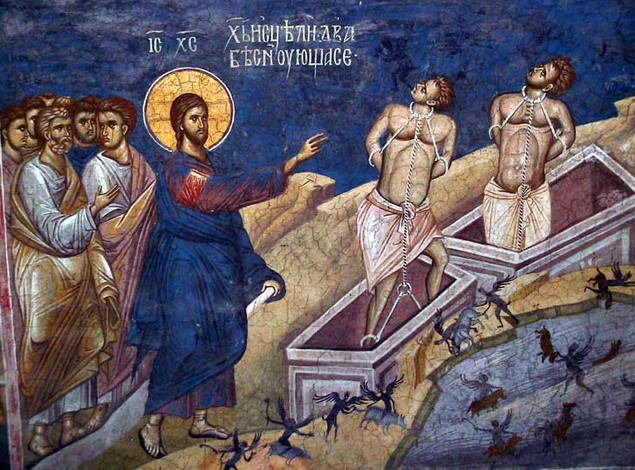 I found out later that this all happened at the same time our former pastor was praying for us on his walk. I don't know what happened, but what I can say is that God gave me a gift that day. My spirit has never been as fulfilled as it is now. I am being fed so much deeper now than I ever even knew to hunger for. Almost every day I thank God for healing whatever was in me that had stopped me from experiencing this sooner.

And in a few short hours, I get an even greater gift. For the first time, I get to be in full communion with Jesus in the flesh, and all His saints and followers around the world and throughout time. It's pretty cool.