Saint Nicholas is quite possibly the best-known saint recognized by the Catholic church, in large part because he is inspiration for the Santa Claus mythos. He's known for many things: dropping sacks of gold down a chimney to save some girls from prostitution, putting coins in the shoes of the poor, and punching a guy over a "homoousios" versus "homoiousios" debate. But why is there a head sticking out of a barrel in my minifig representation? Lifetime: 270 to 343 Region: Myra, Asia Minor (modern Demre, Turkey) Patronages: Coopers; repentant thieves and prostitutes; children; brewers Iconograpy: Red robes; Sack of coins; Children in pickle barrel Feast Day: December 6 Rather than focus on the entire life of Saint Nicholas, today I'm going to talk about my favorite story about the proto-Santa: the time he brought some pickled children back from the dead. There was a terrible famine in the Roman empire, and people everywhere were going hungry.
1 comment
Keep reading

St. Catherine of Alexandria, whether or not she was a single historical figure (there's plenty of debate about how mythologized she is and whether she way have been multiple stories combined into one), was an extremely influential figure. Her name has been borrowed for everything from unmarried French girls to a mountain range to a type of firework to a CRATER ON THE MOON to numerous cities, churches, and schools to a whole string of other saints inspired by her. And once you hear her story, it's easy to see why. Lifetime: 287 to 305 Region: Alexandria, Eqypt Patronages: Craftspeople who work with wheels (e.g., potters and spinners); lawyers; apologists; unmarried girls Iconograpy: Wheel; Crown; Scourge Feast Day: November 25 Catherine was born a princess to pagan parents, her father being the governor of their region of the Roman empire. You may remember Alexandria as the place that had that really awesome library that was so cool we still haven't gotten over
Post a Comment
Keep reading

St. Teresa of Avila is known for many things: Being one of the main counter-reformers, helping to restore order and justice to the Church following the reformation; her influential writings on mysticism; levitation; founding numerous small convents and the order of the Discalced Carmelites; being investigated by the Spanish Inquisition (how unexpected!); and one of the most, erm, memorable accounts of a spiritual encounter. Lifetime: 1515 to 1582 Region: Spain Patronages: Spain; Headache sufferers; Lacemakers (lacemakers get a saint but weirdos don't??) Iconograpy: Book & quill; Holy Spirit dove; Heart pierced by an arrow Feast Day: August 24 Ok, have we all read that account? Have we all seen the artistic depictions? I saw in his hand a long spear of gold, and at the point there seemed to be a little fire. He appeared to me to be thrusting it at times into my heart, and to pierce my very entrails; when he drew it out, he seemed to draw them out also, and to leav
Post a Comment
Keep reading 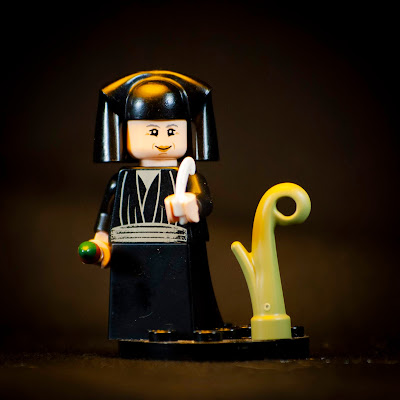 Hildegard von Bingen -- or Hildegard of Bingen, in English -- was a true Renaissance woman, which is a bit ironic since she lived a full two centuries before the Renaissance began. Her feast day is today, September 17. Saint Hildegard, now one of the only four women Doctors of the Catholic church, was gifted in art, cooking, herbology, music composition, writing, and medicine. She was given "visions" (though she experienced them in all five senses) and instructions from God throughout her life starting when she was three years old. Lifetime: 1098 to 1179 Region: Roman Empire (current-day Germany) Patronages (informal): Artists; Musicians; Cooks; Creativity Iconograpy: Book & quill; Harp; Plants; Flame upon her head Feast Day: September 17 Frankly, it's hard to write about Hildegard because she did so much. Her beer recipe is the oldest known recipe to contain hops. Her collection of "spice that bring joy" are now key ingredients in the incre
Post a Comment
Keep reading 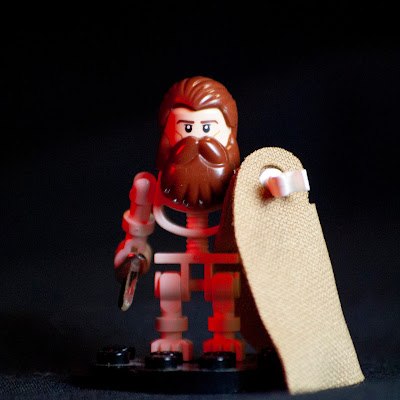 Today (August 24) is the feast day of St. Bartholomew the Apostle. As implied by his honorific, St. Bartholomew was one of the twelve (technically thirteen if you count both Judas and his replacement...) who closely followed Jesus during his earthly ministry. And as implied by his iconography, he was also a total badass. To celebrate their lives (and deaths), I've taken to creating LEGO minifigs of some of my influential saints. Yes, I know, I'm a nerd. Anyway, here's St. Bart: Lifetime: 1st Century Region: Galilee & Armenia Patronages: Armenia; Cheesemongers; Plasterers; Leatherworkers (ouch!) Iconograpy: Rolled-up scroll; Knife; His own flayed skin Feast Day: August 24 Following Christ's ascension, St. Bartholomew (who may have also been Nathaniel from the gospel of John) traveled a ton to spread the word. Some legends have him going as far as India or Armenia, where he was martyred for converting the local monarch to Christianity. When the king
Post a Comment
Keep reading

Though I've been publicly cross-dressing for about a decade now (even when I was as anti-gay as I was anti-tax), I've never publicly discussed my gender identity. Pride 2018 -- under a draconian leadership with a declared agenda to roll back protections for queer people -- seems like as fine a time as any to do so. So what am I? There's a few terms I drift between identifying with, but until now I've resisted acknowledging my place under the trans umbrella. Today, I affirm that as a nonbinary/genderfluid/crossdresser/whatever I am, it is apparent that I am trans. I do not identify with the gender I was given at birth. And though I have a lot of issues with what is presented as Male in this culture, there are clues from very early in my memory that indicate that this is truly how I was created. I wasn't abused, wasn't neglected, wasn't raped. Nobody made me this way except God (not that it undermines anyone else's identity if it may have been related t
1 comment
Keep reading

Siblings in Christ, today a miracle is happening. I am joining the Catholic church. For some of you, if you're anything like I was about a year ago, that may sound like the opposite of a miracle. It certainly did to me when my wife first confessed interest in RCIA classes (that's basically Confirmation for adults) around September of 2016. I thought today might be a good time to reflect on how I got here. If you've read my older posts, you might be able to see some of my journey on them. My earlier themes of submission and communion in retrospect seem like obvious seeds in the soil of my heart, but at the time I wrote them I was in a very different place. I grew up in a Lutheran household, which probably tells you all you need to know about the stance towards Catholicism that I was raised around. For some reason it is always the differences closest to us that we lash out the most strongly against. Still, I have always believed that all Christians who profess the b
4 comments
Keep reading
More posts