Showing posts from February, 2018
Show all

Gonna mix things up a little today. Here's a poem I wrote; it's called Conversion , and it's inspired by a time last summer when I watched a cicada molt. The process took about 2 hours, and I was struck as I watched it how vulnerable the bug was while it shed its old exoskeleton. I'm no apex predator, but I could have killed it at any moment during the process if I were inclined. If you've never seen it, it's something to behold. The cicada splits open down its back and shakes and jerks until it can pull its entire body through the crack. Here's a time-lapse video of it, but it's astonishingly cooler in real life and at real speed. The cicada's vulnerability during molting, in at least a metaphorical sense, reminds me of the process of my conversion to the Catholic faith. It was slow, and hard, and terrifying, but it was the only choice for me, despite the perceived dangers. I started this poem during one of my morning prayer walks and it real
2 comments
Keep reading 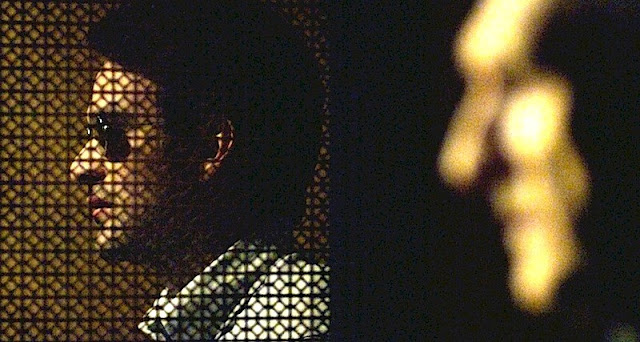 When my wife started exploring the Catholic faith, confession was one of my big hangups. It wasn't the act of a human having the power to forgive sins, which is strongly supported in scripture , and to a wide degree also practiced by the Protestant churches I had been involved with my whole life. Instead, my issue was with the authority given exclusively to the priesthood on that front, as with many others. The confession booth is a popular trope in television. Sometimes, it seems characters are made Catholic just so that they can dump their guilt in the confessional for the viewer's benefit. Daredevil (pictured above) on Netflix takes the faith of the protagonist a little more seriously, but the Sacrament of Reconciliation is still one of the most forward ways we are shown about the character's religion. We don't see him partaking in Eucharist . I don't recall him ever praying a rosary or even the Our Father. We don't see him fasting or praying for the inte
Post a Comment
Keep reading
More posts